In homes, broken pipes are one of the leading causes of water destruction. A pipe burst or leak is experienced by nearly everyone at some point. The pipes running through homes are plentiful and they include sewage pipes and sinks’ pipes, and they are located in the basement, interior or exterior walls, underground or ceilings. It is critical to fix broken pipes quickly to prevent water damage and mildew or mold growth, no matter where the pipes are located. Today, we at Disaster Services would like to discuss broken pipes leading to water damage.

Unfortunately, broken or damaged pipes aren’t always obvious. Before you notice the signs of a damaged pipe, most pipes burst or leak without warning, and it can be days, weeks or even months. It is crucial to act fast once you do spot a leaking or broken pipe. If these broken pipes go unaddressed, the problem can be disastrous. In a broken pipe accident, the leaking may damage your property and belongings, including appliances, carpets, furniture, rugs and even clothes can be ruined. As bacteria and mold flourish in damp environments, the water seepage can impact your family’s health as well.

What Causes Pipes to Burst in a House?

From natural disasters to extreme temperatures, and deterioration in between, there are many reasons the pipes can leak. Though they often tend to surprise homeowners, broken pipes can be unexpected, yet predictable. Below are the common causes to pipe damage.
– Tree roots
– Shifting soil
– High water pressure
– Freezing temperatures
– Corrosion and aging
– Clogs
Generally, other symptoms are often broken pipes, and that problem also needs to be resolved. Only after the pipes burst do homeowners become aware of the problem, unfortunately. Often, the situation can be remedied quickly by recognizing common causes of broken pipes can help you identify why your pipe burst.

As pipes age, they deteriorate and corrode, which makes them susceptible to leaks and bursts. It may start with slow dripping that worsens over time or occur without warning when water pipe damage happens caused by corroded pipes. it’s crucial to have your copper pipes inspected and repaired or replaced, especially once a leak has already occurred if you live in an older home.

Water pipe damage can be caused by clogs. Eventually leading to clogs that increase water pressure, the foreign substances can catch and gather within pipes. The pipe will burst if the pressure rises too much. Homes with older plumbing or plumbing that wasn’t properly installed, this is especially likely. By minimizing the foreign substances that go down your shower, toilet and sink pipes, you can prevent these clogs. Be sure to child-proof your toilets and sinks if you have young children.

From tree roots and soil shifting, underground pipes are susceptible to damage. Potentially puncturing water or sewage pipes, tree roots on your property can grow underneath your home or toward underground pipes. Also, an underground pipe may be impacted, as soil can become unstable if construction is happening nearby. Due to erosion or other geological factors, soil can also shift over time.

Though freezing pipes is not normally a problem in Texas, it is worth mentioning for those that live in such areas where this can happen. Frozen water increases pressure within the pipe, causing it to burst. Especially during an unseasonably cold year when water freezes unexpectedly, even in warmer climates, many homes are at risk due to their lack of adequate cold temperature insulation

When it comes to water damage in your Houston, TX home, call Disaster Services and let us help you. 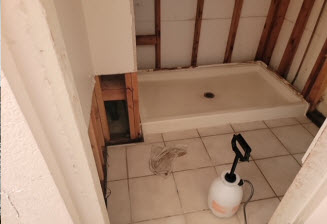 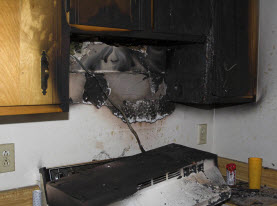